The Queensland state election will be held on 31 October 2020 and is historic for a number of reasons:

In the run-up to the election, Queensland Major Contractors Association and The Australian Constructors Association have developed a range of priorities that Queensland Labor, The Liberal National Party, Katter’s Australia Party and The Greens should consider and commit to, in order to sustain a critical industry across the next Parliamentary term and beyond.

The next Queensland Government will govern in an unprecedented time, facing economic and health challenges like never before and therefore has a pivotal role to play in the stimulation of the State’s economy.

In addition, the Government will be required to provide policy settings that create confidence in Queensland and ensure that the State is an attractive destination for investment in key sectors such as resources, renewables, energy generation, rail and transport infrastructure.

We believe that there are three main areas that are critical to the future of Queensland, as we recover from this economic downturn and where the construction industry plays a critical role. 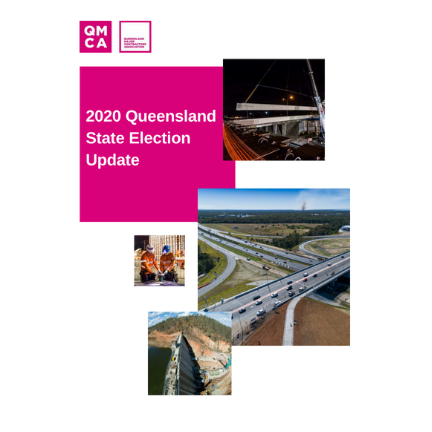 Sustainability of the industry:

As we move towards polling day, we will capture the commitments of each major party against our key priorities. From 31 October onwards, we will hold the next Queensland Government to account for their commitments to ensure that our sector remains a sustainable driver of economic growth and societal well-being.