Honorary membership of the QMCA is reserved for persons or organisations who have made significant contribution to the advancement of the objects of the Association or who have given distinguished service to the Industry.

Honorary Members of the Queensland Major Contractors Association are as follows:

Craig has committed his entire career to the construction industry and a significant part of this contribution to the industry was through his involvement in the QMCA. Craig was an active committee member of the AFCEC in the early 90’s and was instrumental in the transformation of AFCEC into the QMCA in 1994. As part of this transformation, Craig then instigated the first QMCA Annual Black Tie Dinner some 20 years ago. Craig was an active and continuous member of the QMCA Executive until 2008 and still provides ongoing assistance.

Minter Ellison have been a long standing supporter of the QMCA. They have acted as the Association’s Probity Lawyers for many years and provide this service to the QMCA pro-bono. The QMCA is very fortunate to be able to seek Minter Ellison’s sound advice and guidance especially on probity matters and we look forward maintaining this relationship long into the future.

Peter Lyons has made a significant contribution to the Queensland construction industry through his long-standing involvement with the Queensland Major Contractors Association (QMCA), his work with many of Australia’s leading major contractors, and his commitment to improving training and skills development within the sector. Peter Lyons’ selection for Honorary Membership recognises his outstanding contribution to Queensland’s construction industry and is also a vote of thanks for his support and leadership as QMCA’s Vice President and President from 1996 to 1999. 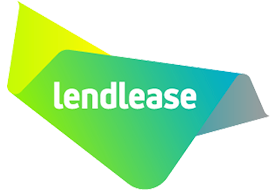